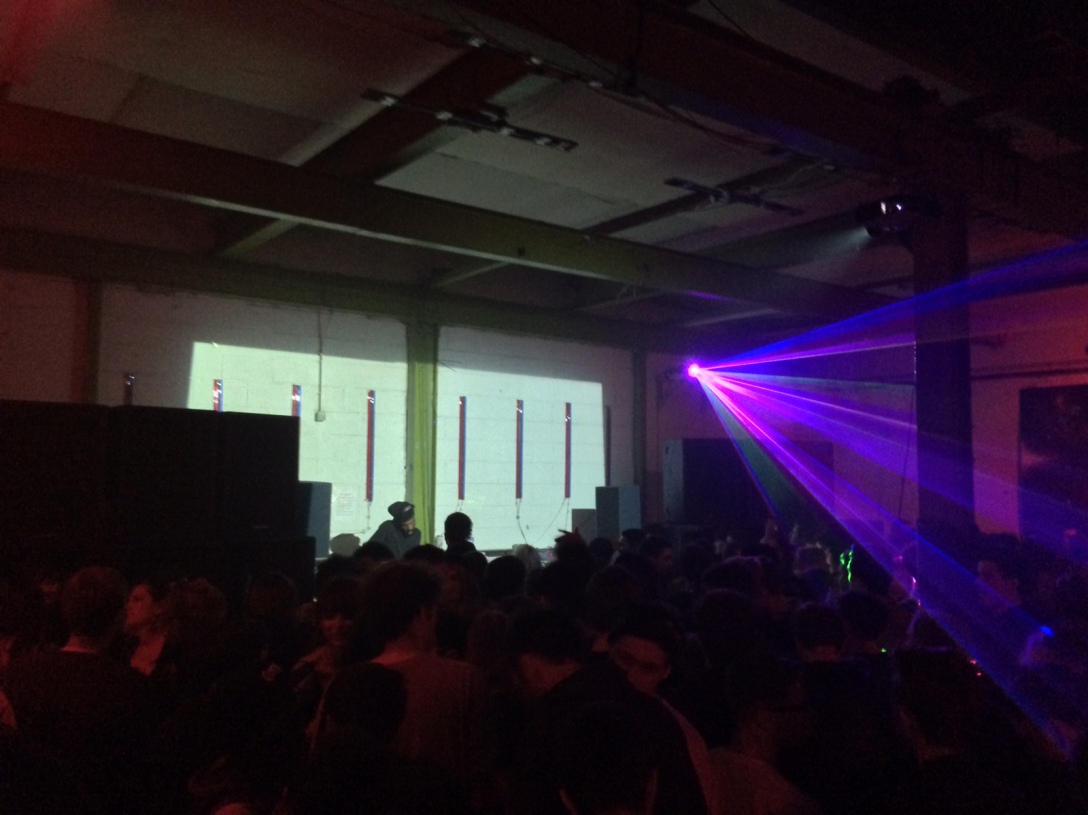 TBC had promised ourselves a quiet March after the debauchery of our February and in particular our first party –  TBC Loved Up. Hope Works on the other hand had other ideas for us and when we saw the line up for their event on 1st March, any good intentions were thrown right out of the window! Not only had they secured UK techno god Ben Sims as the headline act but supporting him was Detroit’s fresh faced techno newcomer Kyle Hall. Well, tickets were booked without a second thought and excitement reached fever pitch in the days before the event. You see TBCers, Ben Sims playing in Sheffield was pretty damn special. Not only does he rarely play in the North of England but we at TBC had never seen him despite his tunes being regularly pelted out at TBC HQ and us having an all round humungous admiration for the guy! So yes, we were VERY excited!

We got to the club around 1.30am. By this time Detroit’s very own Kyle Hall was on the decks and his music was raw to say the least. It took a good 10 minutes and a shot of tequila for TBC to get to grips with the industrial, griminess that was being pumped through Hope Works. Once we did however, well ……. we really bloody liked it!  It wasn’t the easiest music to dance to as it was rather disjointed and brash however, its rawness suited the grittiness of Hope Works down to a tee. The set was varied and unusual. Mr Hall was also pulling off some very bizarre and ambitious mixing which shed a light on what a true DJing talent this guy is.

The layout of the club itself had also changed since the last time TBC came here. The dance floor had been widened and the place was generally more open than it had been which created a much easier space to get down and boogie in.

Ben Sims came on at 3am and his opening number made sure everyone on the dance floor stopped what they were doing and turned towards the DJ booth in awe. He played a gorgeously, rich and unexpected 1920’s swing track with footage of jazz musicians projected behind the DJ booth complimenting it perfectly.  It was a magnificent set opener and marked the bar for the rest of the set which was absolutely superb. Whereas Hall’s music had been difficult to dance to, Sims’ was the complete opposite. It had such an amazing flow and groove that made dancing to it a real pleasure. This was evident whenever TBC looked around the dance floor and was greeted by a sea of ecstatic faces and clubbers bopping away like nobody’s business. The night wasn’t a sell out which was a surprise considering the calibre of the line up. Come on Sheffield clubbing collective – what were you thinking if you missed this one? It did however mean there was ample space for TBC to throw our limbs around in wild abandon to the delicious techno that Sims was bestowing on us. His set varied from funky techno to hard as nails and at some points the intensity on the dance floor did make TBC think they might have a heart attack! Ben Sims was everything we had expected and so much more and the Hope Works team have a lot to be congratulated on and thanked for in bringing such a techno legend to the Steel City.

The only downside of the night was that despite the fact the music was awesome, the sound system wasn’t all that great. TBC still had slight ringing in their ears after a good nights sleep – hmmm not really what you want at work on the Monday! Aside from that though it was a monster of a night which appeared to be enjoyed thoroughly by all in attendance.