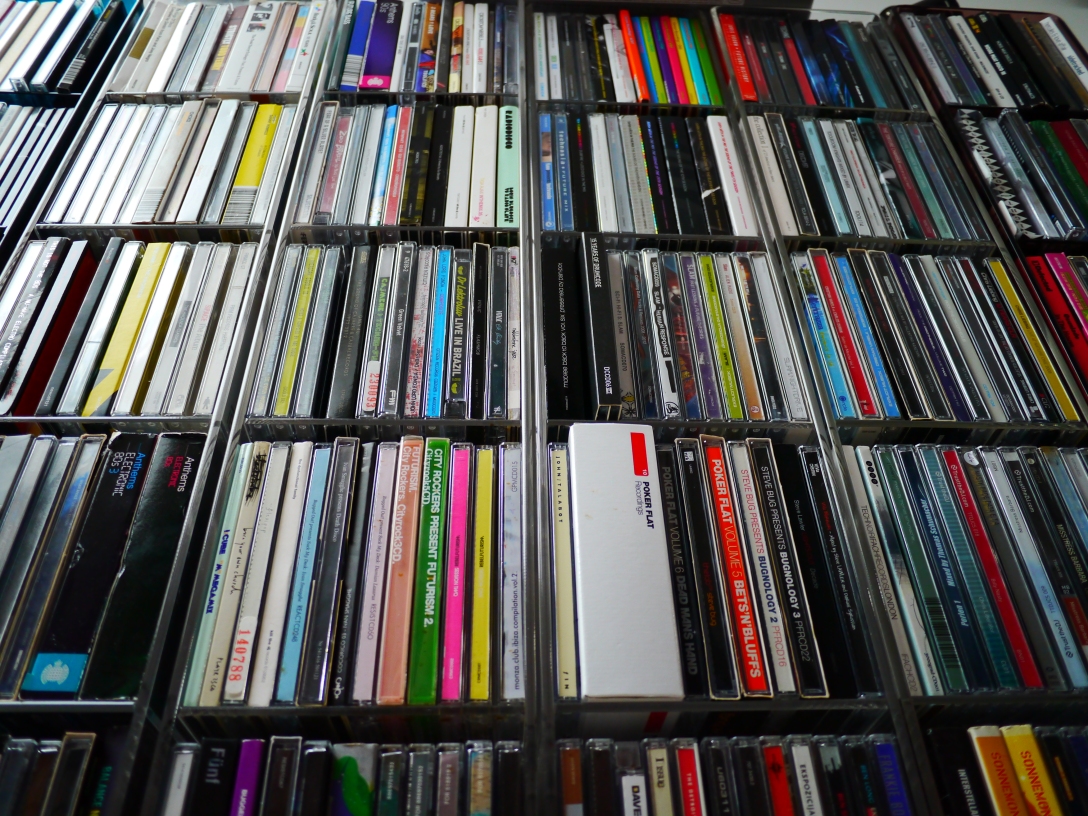 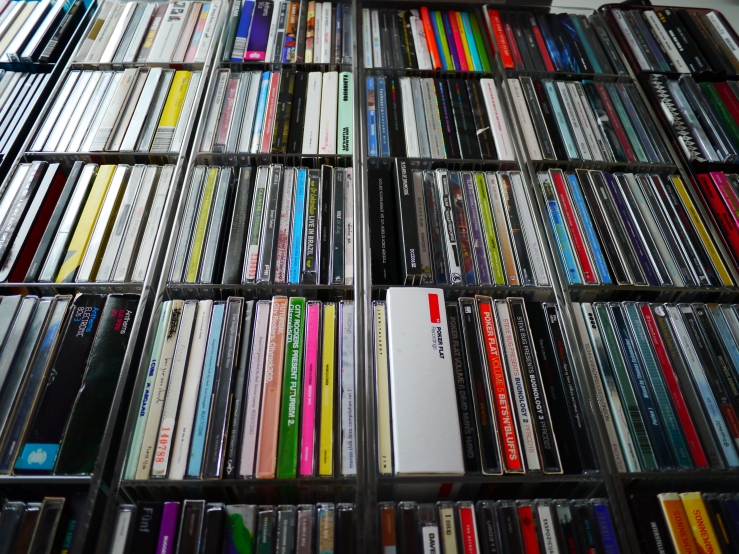 Timeout Pres. The Other Side London – Damian Lazarus (2005)

It is finally time for the third in hopefully a long line of playlist posts on the TBC blog. Apologies to those who have been waiting for the next installment but its been a busy few weeks following the launch party for the website on August bank holiday weekend. We have finally dusted ourselves down, cleaned up our HQ and now we carry on where we left off.

Due to the delay we have compiled an extra length playlist of the music that we have been listening to over the last few weeks and there is a big mixture of classics, recent releases, live mixes, radio shows and upcoming releases for you to indulge in. We have, in fact, only been able to include the highlights as we have listened to so much that we would have overwhelmed both ourselves and our readers with a music information overload. Fortunately this filtered selection, we hope, will promote some of our current favourite DJ’s/mixes and the reviews to follow will give you an insight into our picks from the most recent playlist selection.

-Disconnect/Reconnect – Japanese Popstars (2013) – First up and top of the pops this week is the new album from the Japenese Popstars. Since first hearing about this act back in 2011 when we came across their immense Essential Mix in 2011 (see review below) we have not heard much for the guys from Derry in Ireland. The two years of silence and apparent elusiveness do not seem to have been misspent as they have been honing their sound and developing an evil side to their production work. From the first track and album title track Disconnect/Reconnect the Japanese Popstars announce their return with a bang. The slightly harder techno focus from their past two albums; We Just Are (2008) and Controlling Your Allegiance (2011) left the TBC HQ speakers humming once the album was finished. Their sound is a mixture of the haunty electro sound first introduced by the likes of Bodzin, Huntemann and Rother earlier in the new millennium and the roaring techno basslines of the recent era pioneered by the likes of Beyer, Bailey and (one of our favourites) Spektre. This new album is highly recommended.

-BBC Radio One Essential Mix – Japanese Popstars (2011) –  Fresh off the back of listening to their new album we at TBC HQ wanted more from the Japanese Popstars so dusted down a classic from the archives in their 2011 Radio 1 debut on the Essential Mix courtesy of Pete Tong’s eagle eye on new and upcoming talent in the industry. This mix is one of the closest, in track & artist selection, to the sound that we most enjoy at TBC . highlights on this mix include Phil Kieran’s ‘I can’t stop’, Maxime Dangles’ ‘Astroneff’, a monster remix of Cassius’s ‘Les Enfants’ by Gesaffelstein, Kaiserdisco & Flavio Diaz ‘Jaune’, Vitalic’s ‘Second Lives’ (featured on one of the earlier TBC CD’s) and the mix is interspersed with some of the best Japenese Popstars releases at that time. If you the patience to go searching for this mix and succeed in locating it you will not be disappointed.

-The K2 Chapter – Gui Boratto (2013) – Mr. Boratto is one of our favourite DJ’s at TBC and we have all of his past releases; Chromophobia, You Take My Breath Away, III, his Renaissance Mix Collection and the classic but rarer Addicted Vol.2 mix from Platipus records. This new release does not fail to impress and has taken on a tougher, edgier approach to a signature tech/electro sound that is synonymous with this artist. It is only the last song on the album that harps back to the previous albums for euphoric, uplifting sounds which is a pleasant reminder of the diversity that you can expect from a DJ with a consistent track record with production releases. We hope that we can see Gui Boratto live sometime soon as he has managed to evade TBC to date but the new release and immense back catalogue will keep us satisfied for the near future. It is hard to pick a favourite from the album so we would insist that you enjoy this from start to finish.

-Cocoon Compilation M – Various (2013) – The latest release in what has become a high quality and consistent series compilation from Cocoon has brought to attention some of the newer releases and artists on the Cocoon label. This is not to say that Cocoon ever fail to release a high quality compilation or LP from their plethora of artists and their ever increasing diverse record label. The latest installment in the alphabetical series is ‘M’ which ranges from minimal, progressive, electro to bonkers techno. The two stand out tracks for TBC on this release are; Douglas Greed “Dynamite” which has is a great electro track with nice vocals and the heavy hitter by wAFF called “BeatmakerZ”.

-Dettmann II – Marcel Dettmann (2013) – One of Berlin’s finest and another of TBC’s favourite DJ’s releases his second production album cunningly titled Dettmann II. We were hoping that this would not be too experimental and distant from the signature booming Techno that we would expect at Berghain or have experienced at Drumroll in Sheffield, Modern Amusement in Leeds or the WHP in Manchester. We were not disappointed. Crank the volume up when listening to this CD and expect some complaints from the neighbours. If the new release was played on the system at Berghain it would be an experience and a half. As with the recent release by Marcel Fengler on Ostgut Ton this CD epitomises the Berghain residents sound; big, booming, dubby techno. When “Throb” kicks in, the second track on the album, you will be immediately hooked on this CD  as this track does exactly as it says on the tin; throbbing techno bass. From this point on Dettmann continues to impress and shows off his high caliber of production and by the time we get to “Radar” on the album you may well be exhausted from the relentless Berghain techno. This album has been worth the wait and can not be recommended highly enough. Thanks Marcel.

-BBC Radio One Essential Mix – Dixon (2013) – The latest Essential Mix is brought to us by Steffen Berkhahn, AKA Dixon, who is one of a long line of amazing German house & techno exports. Having first experienced Dixon on his Body Language Vol.4 CD some time ago now and finally managing to see him at Sonar in 2010 before he properly exploded on the international DJ circuit this essential mix has been hotly anticipated. Dixon in the last two years has become a global superstar in the house and techno scene with his Innervisions record label, an infrequent but quality selection of mix CD’s and a number of DJ sets at the biggest dance music events around the world. In the next month he will be gracing the UK at three events, all of which will be attended by the TBC crew; Mint Festival in Leeds, Collect in Sheffield and Mono Cult in Leeds. His essential mix is a progressive collection of the finest, sleek house & techno around and the moment. You will be captivated by his tune selection, progressive development of the mix and the atmosphere he creates. This will be on the Iplayer on BBC for the next week so go and check this out!

-Y Este Finde Que exclusive mixtape – Thug Ladies (2013)  – One of the more eclectic and party orientated selections in this playlist selection. The Thug Ladies from Barcelona have a great collection of live mixes on their Soundcloud page (follow the link above). Their style is similar to 2 Many DJ’s and other cut up party DJ’s mixing a diverse selection from disco to techno, cutting and editing to keep you dancing and smiling from the start to end of the mix. This particular mix made our Saturday afternoon a joy with a fair bit of boogying and bopping around. We look forward to hearing more from these ladies in the future.

That’s it for this playlist selection from TBC HQ, we hope that you enjoy perusing our selection this week and there are 22 plus albums, mixes and radio shows to enjoy that will keep you busy until our next playlist post.